As a member of the elite ensemble, Aldeburgh Strings, violist Julia Clancy performs regularly in London and Snape, England, and with them has recently released a recording on Signum Classics. For her first season with Ipalpiti Artists international, Julia will give broadcasted solo and chamber performances throughout Los Angeles and San Diego. Julia performed as a soloist with the Sound Symphony and the Cleveland Institute of Music’s orchestra after winning their respective concerto competitions. She will be premiering chamber works composed by her colleagues at Yale University at the New York Philharmonic’s 2016 Biennial of New Music in May. 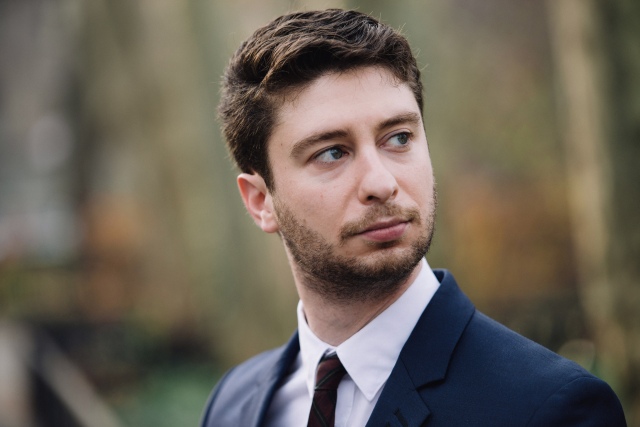 American violist Matthew Cohen made his Carnegie Hall debut at the age of 15 as a soloist in the New York premiere of Tomas Svoboda’s Sonata #2 for orchestra and solo string quartet. He returned to Carnegie Hall in January to perform York Bowen’s Phantasy for viola and piano in Weill Recital Hall. Recent accolades include 1st prize at the 2015 VIVO International Competition and special prizewinner at the 2014 Primrose International Viola Competition.

He has studied at the Juilliard School, Cleveland Institute of Music, and Colburn Conservatory and has performed as a soloist numerous times with ensembles such as the Colburn Orchestra, Oregon Sinfonietta, and Oregon Symphony/Oregon Ballet Theater.

His recording of York Bowen’s Phantasy for viola and piano is available on the Soundset label. He plays a viola by Helmuth Keller and bow by Paul Martin Siefried generously on loan from The Maestro Foundation and is a proud recipient of a Kovner Fellowship at the Juilliard School in the Master of Music program where he studies with Heidi Castleman and Cynthia Phelps.

Born in 1995, Violaine Despeyroux began her musical studies at the Toulouse Conservatory at the age of 5 with Valérie Apparailly. In 2011, at the age of 16, she won the 1st prize at the National Competition of Young Violists in Paris with a special prize for the best interpretation of ‘Sonate Rhapsodique’ by Dimitri Tchesnokov. She moved to Paris in 2012 to study at the Conservatoire National Superior de Musique with Jean Sulem.

In 2013 she participated in two tours as a member of the Gustav Mahler Jugendorchester conducted by Herbert Blomstedt and Philippe Jordan. She was awarded the 2nd prize prize in 2014 for her performance of solo Bach in the Cecil Aronowitz International Viola Competition in Birmingham. From 2014-16 she participated in masterclasses with Nobuko Imai, Pamela Frank, Sadao Harada and Seiji Ozawa at the International Ozawa Music Academy, Switzerland. Other masterclasses have given her the opportunity to work with teachers including Miguel Da Silva, Thomas Riebl, Gérard Caussé, Antoine Tamestit, Tatiana Masurenko, Barbara Westphal and the Ardeo Quartet.

In the summer of 2016 she will perform with Alain Meunier and Anne Le Bozec during the festival Rencontres Musique & Patrimoine. 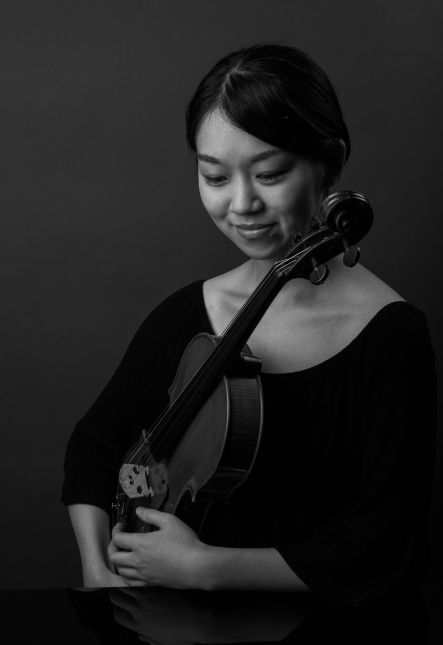 Violist Miho Kawai was born in 1993 in Hiroshima, Japan. She began studying the violin at the age of 5.

When she was 16 years old she began playing the viola and she switched completely to the viola at age 21. She studied at the Toho Gauken School of Music in Tokyo under professors Isako Shinozaki (violin), Sumiko Edo and Ryo Sasaki (viola).

Since 2013 she has participated in the annual Viola Master Class in Otaru (Japan). In the same year she begun studying under the mentorchip of Nobuko Imai. She is currently a student at the Reina Sofia School of Music in Madrid, Spain, where she is studying with Nobuko Imai and Wencing Kang since 2015.

She was selected to the semi-finals in the 5th Windsor Festival International String Competition and was a finalist at the International Hugo Kauder Competition for Viola, and won the Queens Symphony Orchestra Young Artists Competition. As a dedicated chamber musician, Ting-Ru has performed in festivals including the Mozart Festival in Spain, Festival NEXT GENERATION in Switzerland, Perlman Music Program, Taos School of Music and Nobuko Imai Viola Masterclass’ New Year Concert. She was also invited to participate in several concert series with The Soloists of London, New York Classical Players, Carnegie Ensemble, Boston Chamber Orchestra, Cambridge Arts Composer Focus and New Asia Chamber Music Society.

Ting-Ru is now enrolled in the Artist Diploma program at Guildhall School of Music and Drama with David Takeno, and is also a scholarship recipient at the International Music Academy in the Principality of Liechtenstein and participates regularly in intensive weeks and activities of the Academy.

As a multifaceted musician, Jarita found her love for contemporary music during her undergraduate studies at the University of Michigan, after having worked with Roger Reynolds at ONCE. MORE. Festival in 2009. Since then she has collaborated with composers including John Adams, Paul Schoenfield, and Bernard Rands. Her enthusiasm in new music has led her to commission, perform, and record solo or chamber pieces by student composers. In 2014, she was invited to present the American Viola Society (AVS) Gardner Competition winning piece Exit, Pursued by a Bear by Matthew Browne at the 2014 AVS Congress in Los Angeles.

Jarita graduated from Rice University in May 2015 with a master’s degree studying with James Dunham. She was recognized for Best Achievement in Music. She holds a Bachelor of Music in Performance, studying with Yizhak Schotten, and a Bachelor of Science in Biology (distinction) from the University of Michigan. Upon graduation, she was given the Albert Stanley Medal, the highest honor awarded by the School of Music, Theatre & Dance to the most outstanding graduating senior.

After studying violin at the conservatories in Reims and Marseille, Raphaël Pagnon was admitted to the classes of Annick Roussin and Christophe Poiget in Paris. Concurrently he began his viola studies with Michel Michalakakos and was admitted in the same year to the Conservatoire National Supérieur de Musique de Paris (CNSMDP) in the class of Pierre-Henri Xuereb, where he graduated in 2015 in viola performance with the highest marks.

He was the winner of the Grand Prix du Département Bouches du Rhône, and a prize-winner at the National Competition for Young Violists, and at the Bellan and Tertis Competitions. He is supported by the “Fondation Musique et Vin au Clos Vougeot” (Burgundy).

In 2016 Raphaël has been admitted to the Staatskapelle Akademie Berlin directed by Daniel Barenboim.

He plays a viola made by Friedrich Alber in 2014.

In 2015 she was personally invited by Daniel Barenboim to join his West-Eastern Divan Orchestra. She played as an Academist in the DSO (Deutsches Symphonie Orchester) Berlin and is currently an Academist in the historically authentic Chamber Orchestra “Balthasar Neumann Ensemble” with Thomas Hengelbrock.

Muriel won many first prizes at the National Youth Competition of Germany including a first prize with highest points in the category “Viola solo” in 2010.

Muriel has been invited to play chamber music at various German music festivals such as the Mecklenburg-Vorpommern Festival, the Schleswig-Holstein Festival and the Rheingau Musik Festival.

In February 2015 after a successful audition, she was invited to the “International Seiji Ozawa Academy Switzerland”. In September 2015 she joined the “International Zermatt Festival Academy” with the Scharoun Ensemble of the Berlin Philharmonic Orchestra. Muriel received a scholarship to join the International Music Academy in Liechtenstein and participates in the musical activities of the festival.